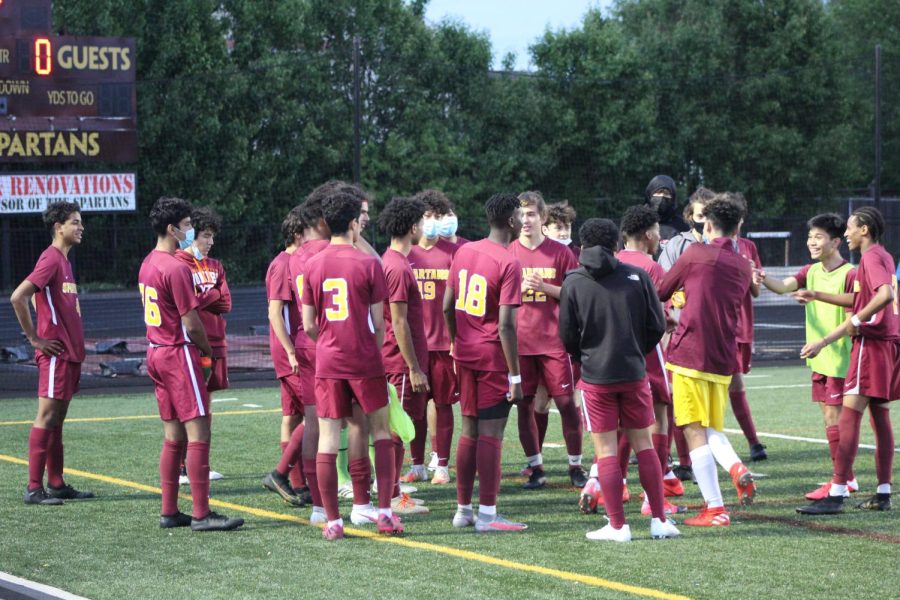 The past 2 months Broad Run Men’s Soccer team,  have had weekly preseason sessions in the morning here at the Broad Run field. With tryouts in late February the soccer program has begun early on their preparations for the spring season to improve on their 4-6 record. The team is coached by Jon Hicks and assisted by Collin Ray. Senior Forward Sammy Sefekme had this to say about the upcoming season, “We have lots of underclassmen who have shown in the short time they can play at this high level. I feel like if we work hard we will have a good year, especially with the talent we have.”

The 7 AM sessions started in November and have consistently brought out 30+ soccer players from all grades.The instagram page @brhsmensosccer has been used for information for upcoming sessions as well as updates and announcements. JV,Varsity and freshman are all able to attend, as well as players interested in playing next spring. The sessions are also led by seniors.

Spartans will look to bounce back after their 1st round exit to Loudoun County in June of this year. After being up 2-0 from goals scored by Yash Dubey and Jibril Hersi the team started slowly in the 2nd half and conceded 3 goals in 8 minutes. After pushing players forward searching for an equalizer, County was able to score another to finish the game. 4-2 was the result ending the Spartans playoff run. County would later advance all the way to conference finals and then lose in the first round of the regional finals.

Senior Goalkeeper Atticus Sagilir as well as captain made many crucial saves for the Spartans throughout the season, his performances led to a First Team District 4A selection, “As a senior and team captain for 2 years, I’m going to miss playing for Broad Run next year. I want to make the most of every minute of this upcoming season.” said Atticus.

Alongside Atticus, senior Noah Gedlu joined him making the district team. Noah brought lots of pace which frightened lots of defenders, even after missing games due to injury, Noah was still able to score 4 goals, leading the team. Seniors Peyton Luipisella and Nabeel Meralli were crucial for the Spartans all season. But a lot of the underclassmen stepped up Chase Sudki and Sammy Sefekme had 2 goals each. Other goals came from Jibril Hersei, Jacob Graham, Yash Dubey, and Luca Amato.

Coached by Jon Hicks who will return for his 2nd straight season as coach after leading Broad Run to a 2014 State Title and 2015 state runner up. Coach Hicks will be looking to lead the team to another state title starting this March.

The Spartans will play their first game in a scrimmage against Langley High School at Broad Run. 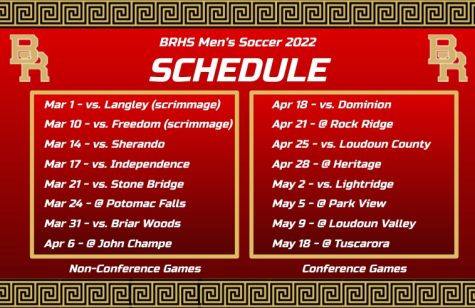