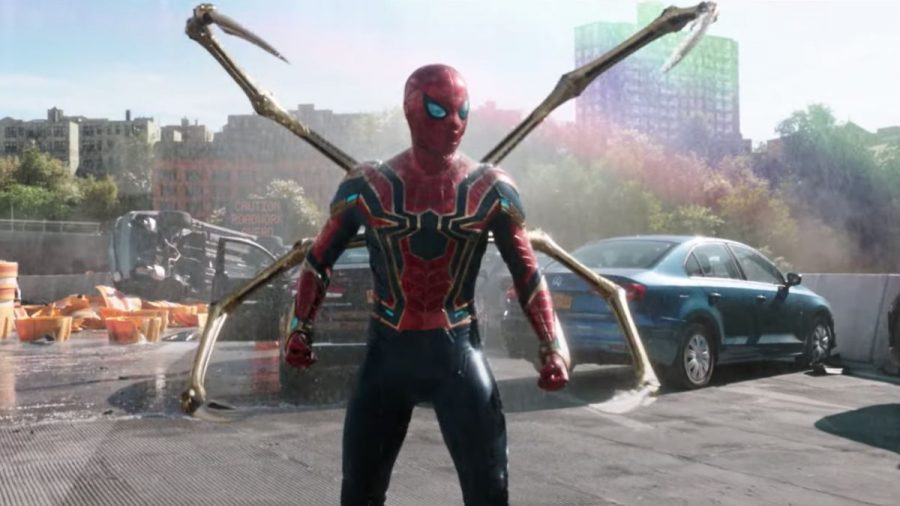 The moment we’ve all been waiting for is finally inching closer. December 17th, 2021 is going to be a groundbreaking day. The internet just might explode.

Spider-Man No Way Home is the newest Marvel installment coming to theaters after Eternals (2021). Keeping with the same director Jon Watts from the previous films, we’re hoping this final installment with Tom Holland is worth the hype.

Marvel puts us 8 months after Avengers: Endgame, leaving us somewhere in 2024. And we know that at the end of Spider-Man Far From Home, Mysterio revealed Peter Parker as Spider-Man to the world. Facing the consequences of someone else’s actions, he makes the decision of wiping his identity from the world including his loved ones. He reaches out to Doctor Strange to find a remedy to this madness and eventually ends up going against him and stealing one of his wizard objects. Moving on from that everyone’s dying to know what this movie holds for us Marvel Fans.

A trending conspiracy has been going around for quite some time now. Where Andrew Garfield and Tobey Maguire would be reprising their roles as Spider-Man alongside Tom Holland. Although Marvel has been teasing and simultaneously denying it, we know the multiverse opens up endless possibilities for crossovers. Fans also believe that MJ or Ned are approaching an untimely death. Even so in the trailer, MJ is in the same position as Gwen Stacy in the Amazing Spider-Man 2. But this time she might actually be saved. We know that Marvel has a tendency to photoshop out certain things in trailers for them to be revealed in the actual movie. So we’ll see where this takes us.

From what we’ve seen so far we will be joined by Spider-Man characters such as Otto Octavius, Green Goblin, Electro, and more. We also know from the Venom 2 after credits scene that Eddie Brock will be joining the Anti-Spider-Man committee. In the trailer, we see all of these villains but Venom joining up to fight Peter or the Peters’ for conspiracy’s sake.

But all will be revealed on December 17th! I don’t know about you, but I’ll be off social media for a couple days. I do NOT want this movie spoiled for me like Infinity War was.