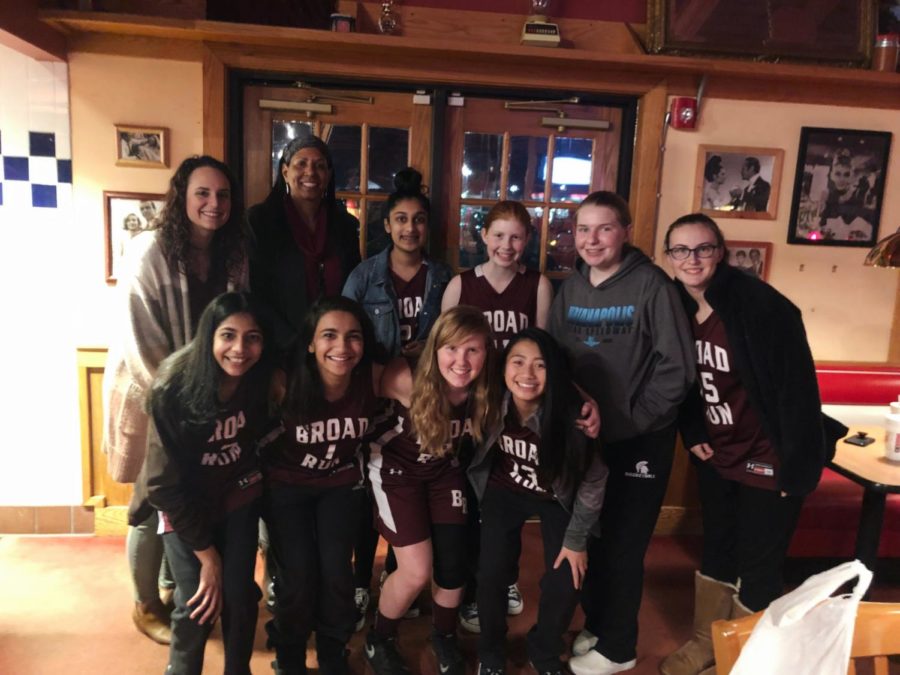 Broad Run’s freshman girls basketball played in their last game of the season against Stone Bridge on February 8th 2019.

“The game was so close and very fun to play in,” Rachel Yeddanapalli said. “I love all the teammates on my team and it was a good game overall”.

The game ended with Broad Run losing by 10 points.

“It was such a close game which made it so tense and fun for us to play in!” Anshi Shrestha said.

“I think our team plays well together and no matter what the score is, we always have fun because I love my team and we are always together,” Emily Wiersma said.

“We’ve had a tough season in regards to games.  This season, we had a smaller team of 9 players, which fortunately made us close knit, but that didn’t leave a lot of room for injuries and the girls had less subs to relieve them,” coach Lauren Sacco said.

“I love getting to interact with students outside of the classroom. Everyone is so goofy and fun and it’s a real nice outlet after school.  It’s really cool to see the players improve throughout the season. I also love the game of basketball, so being able to immersed in it for a few months out of the year is really fun as a coach,” Sacco said.

The team got close in a short amount of time and, even though it was a rough season game-wise, they all expressed that they have gotten better with working as a team and improving their skills.

“It’s definitely bittersweet that the season is ending.  I’ll miss working with the team everyday, but i’m looking forward to having more free time after the season!” Sacco said.