The Athletic Powerhouse of Broad Run: Spotlight on Caitlyn Delahaba–Athletic Hall of Famer 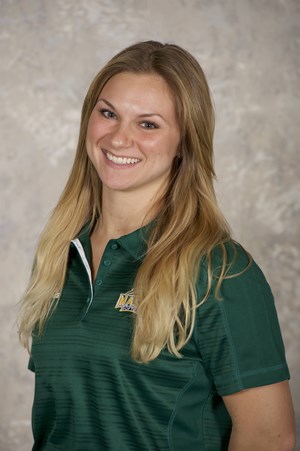 This is the second in a series of articles in honor of Broad Run’s 50th Anniversary.

Broad Run’s impressive athletic history has earned it the nickname “the athletic powerhouse.” To remember and acknowledge Broad Run’s top athletes, the Broad Run Hall of Fame was created on October of 2018 as a chance to celebrate the accomplishments here at BR.  As of now, there are 33 people on the hall of fame. These people get the honor to be on the BR Hall of Fame because they broke a record or had an amazing career as an athlete here. These 33 people are made up of coaches, alumni, and students of Broad Run.

Caitlyn Delahaba, a pitcher here at Broad Run for four years, graduated in class of 2008. Delahaba set many records at BR and made her history as an individual as well as a member of a successful team.

“Broad Run is so special to me because of all the traditions that we had, and being able to create new ones that teams after us will continue to use. It was really fun being apart of something bigger than ourselves, and get to do what I loved every day with some of my best friends.”

Delahabha started playing softball when she was eight years old; she found her real passion when she was ten years old, and that was pitching. Caitlyn spent every day practicing not only because she wanted to be great, but because she loved the game, and it was quality time with her dad. Delahabha set many records, and had many great games here at BR. Some goals that she had in her four years playing here was two undefeated seasons, and state titles back to back in 2007 and 2008. Delahaba said being named Virginia Gatorade Player of the Year was the most memorable award she had ever gotten.

“I think what I really enjoyed about our teams at Broad Run was that no one was in it for themselves – we all wanted to win and had the same goals at the forefront of what we did each day.”

Delahaba’s journey continued after high school. She went on to play division one softball at Villanova University. After her four years at Villanova, she went on to coach at Lehigh University, where she completed her Masters Degree. She then went on as an assistant coach at George Mason until she became the head coach at Lafayette University.

“I have amazing mentors in the coaching world, and I am so thankful for each of the places I have worked. Coaching at Lafayette is challenging and rewarding at the same time. I deal with extremely bright and talented student athletes, and have so many responsibilities outside of just coaching softball. I am excited about continuing to improve and grow the program and make my impact in the world of softball from a totally different way than I did as a player.”

Delahaba as well as a very competitive softball player is just as competitive as a coach; with winning the Patriot League Title in 2013 with Leigh, and competing in the A10 Tournament in 2017 with George Mason. She has her first full recruiting class in fall of 2019, and can not wait to accomplish some more of her goals as an individual as well as a team at Lafayette College.