Preparation for The Great Gatsby Shows Dedication of Cast and Crew

Preparation for putting on the show The Great Gatsby at Broad Run started roughly around two month and a half ago, and the entire cast along with the crew are working hard to bring the show to life. Working three out of five school days, two hours a day, everyone put their all into this production.

The face of the show, the actors, develop their portrays of each of their characters and give their roles a feeling of realism. Starting with dry run-throughs reading the script, the actors go through the play practicing how they should interact with the other characters and how they should move and speak to precision. They study their lines carefully to see how they can give their role more emotion than they had previously, and as each actor memorize their lines, they begin to rehearse without scripts and just from memory. This is where things become a bit more meticulous. As the cast practices their lines and scenes without the scripts, they must also memorize each emotion and each movement. Though there is a sense of improvisation between shows where a character may portray a certain emotion more or less, or move around the stage differently than another show everything must stay very closely to how it was rehearsed. Straying from this will leave mass confusion between the actors, the tech crew, and the director.

Matthew Solomon, an actor that has taken on the role of George Wilson, has been a theatre veteran for several years. Having been in many Broad Run plays before now, he is very knowledgeable and experienced when it comes to prep before a show. When asked about the hardest part of readying for a show, he responded saying that Making sure motions are true. Outputting emotion into a character. When which is more fun, prepping for a show or running a show, Solomon said, “The show is definitely very stressful, but the high you get from doing a show is definitely the best part.”

Actors aren’t the only one who need lots of time to prep before shows. The crew of The Great Gatsby worked tirelessly to bring the sound, lighting, set, and costumes together to make the play possible for show nights. Splitting up between each category where they have most expertise, several techies work on each section so that the complete set and the actors are ready for opening night. Aaron Flanagan, an Assistant Stage Manager for the crew, has been engaged and leading the construction. This being his second year in tech theater and his fourth show with Broad Run, Flanagan has been well educated on how backstage and crew preparation for shows work.

The next performance that will be put up by the Broad Run Thespians will be the Cornfield Picks, which are student-made one acts that are based around a theme, The theme this year is the boardwalk. So, if you want to see the work that your fellow classmates are putting into preparation for this show, come out and see the show. 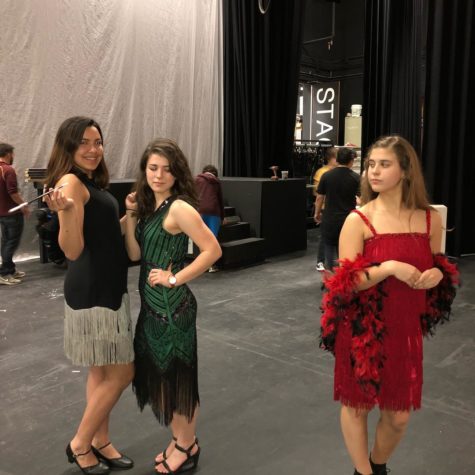 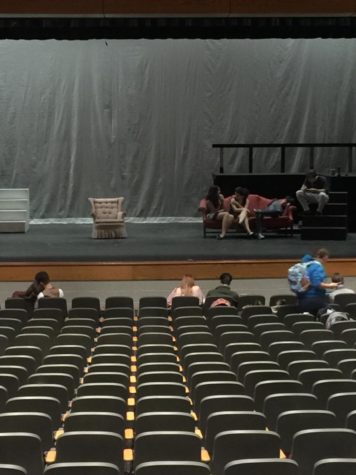